By Ayad Rahmani Sep 28, 2020 as published in the Moscow Pullman Daily News

We remain bogged. Even as eight in 10 American say the country is heading in the wrong direction, we still prefer mass consumption over meaningful production. Last week, in the wake of the announcement that Target is coming to town, the Daily News’ Facebook blew up in hysteria. An otherwise sane populace, all of a sudden lost its material over the news. For one person it was the “best day ever.” For another, the most “wonderful” and yet another a cause for excitement. “Nearly 60,000 Facebook users,” shared the news, the article said, eliciting “more than 450 comments.”

What in the world. 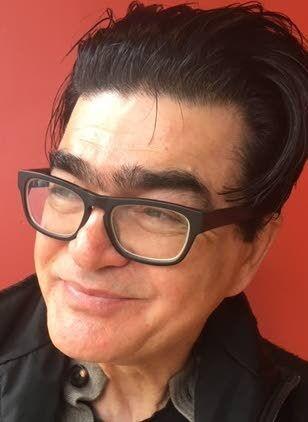 Imagine if 10 percent of that number actually paid attention to the sorry experiment unfolding in downtown Pullman where the promise of parklets and bike planes has evaporated into concrete barriers and now orange cones. Imagine if that many people had made their voice clear, insisting that our first priority must be restoring to our civic place a modicum of aesthetic integrity.

Instead, we run to the big box store yet again, drowning our sorrows in more things we don’t need. Target of course knows that and tells us so. “We want to bring our guests not only what they need, but what they want.” The italics are not mine but the company’s, rubbing it in our faces that between us and it the game is over, lost to an economic system that thrives by feeding on our insecurities. We may need only three chairs, but given a world devoid of meaning, we want 10.

Baiting us to buy unnecessary things is not without artistry, which in Target’s case involves a clever tactic of giving us the reins to the ship but only to steer us back into the company’s corporate harbor. “Our buyers hand-select every item sold in our stores,” the company tells us ever so sweetly, “and carefully curate collections and experiences to delight Target’s guests.” Did you catch that — a cycle of activities seemingly completely independent of the company’s managers. It is the buyers and not the store’s managers who “hand select” and “curate collections.” And for whom? For people just like themselves, now called “guests.”

This is of course no dig against the store. It is one of the more ethical big box retailers in the world, rated 23rd on Forbes’ list of “America’s Most Reputable Big Companies.” The problem lies with us and our incapacity to shift attention from global to local issues and to affect real change at that level.

When Macy’s first closed, Chuck Pezeshki wrote an op-ed proposing the excellent idea that we turn the space into a makerspace. This was not necessarily for the love of making things, although that was certainly important, but for that of actively weaving social and political relations with which we can all grow and triumph over life’s more complex obstacles. Not the least of which is a technical divide that has left a good portion of the country, including our community, both lost and angry. Makerspaces, among other things, make possible the opportunity, for both young and old alike, to explore tools and make things that would otherwise remain off limits and restricted to a narrow cadre of experts.

In Pezeshki’s words: the origins of makerspaces “evolved around new, shareable high-tech,” tools such as laser cutters, digital milling machines, 3D printers, and more. But which have since been modified to include “commercially certified kitchens,” where beside making objects, people can “make” bread and other “different kinds of homemade food.”

Between Target and makerspace, the differences are clear. Where the first capitalizes on our weakness and holds us captive to a distant brand, the latter empowers us to make our own. Where Target leverages the subversive powers of the market to pull the wool over us, makerspace gives us the tools to cultivate and retain our own.

Of course Target will win, our race at this point being too capitulated to doing things the easy way. Why make things when you can get them ready made. Pezeshki’s article didn’t solicit a single reply, at least not in public, but the one on Target 450.

The point at this point is not so much to reject Target but to beg for a similar response and care for our towns, Pullman urgently more so than Moscow of course, insisting that matters as they are cannot stand, that a city hall located outside the center of the city doesn’t make one bit of sense, that a macabre Mimosa must go, that a parking experiment must live up to its promises, that you cannot sell a former Moose Lodge building while its windows remain boarded up. And on and on.

Let’s think about this for a second.

Ayad Rahmani has been with Washington State University since 1997 and is an associate associate professor in the School of Design and Construction.