Students from an architectural design class taught by Vahid Vahdat, assistant professor in the School of Design and Construction, showcased their architectural designs in 3D using anaglyph techniques, which encode each eye with a separate image and filter complementary colors like red and cyan. This makes images on regular 2D surfaces appear to be three dimensional objects.

According to Vahdat, the use of the 3D technique was not meant to be merely representational or to provide realism, but in an unexpectedly paradoxical way, to remind viewers of the flatness of the medium. 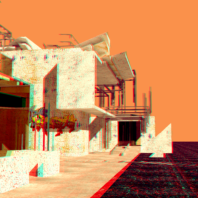 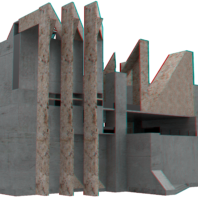 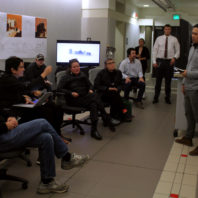 “By putting on the glasses, the viewer gains a new layer of consciousness about the artificiality of 3-dimensional in typical 3D renderings used in architectural representation,” he said.

Using stereoscopic images as a medium provides an interesting alternative for documenting a project, according to Connor Lacy, a junior majoring in architecture.

“This experiment expanded our creativity and made us aware that there are many ways to visually represent a project successfully,” said Denise Tlatelpa, another student in the class.

The presentation was held in October on the WSU campus.